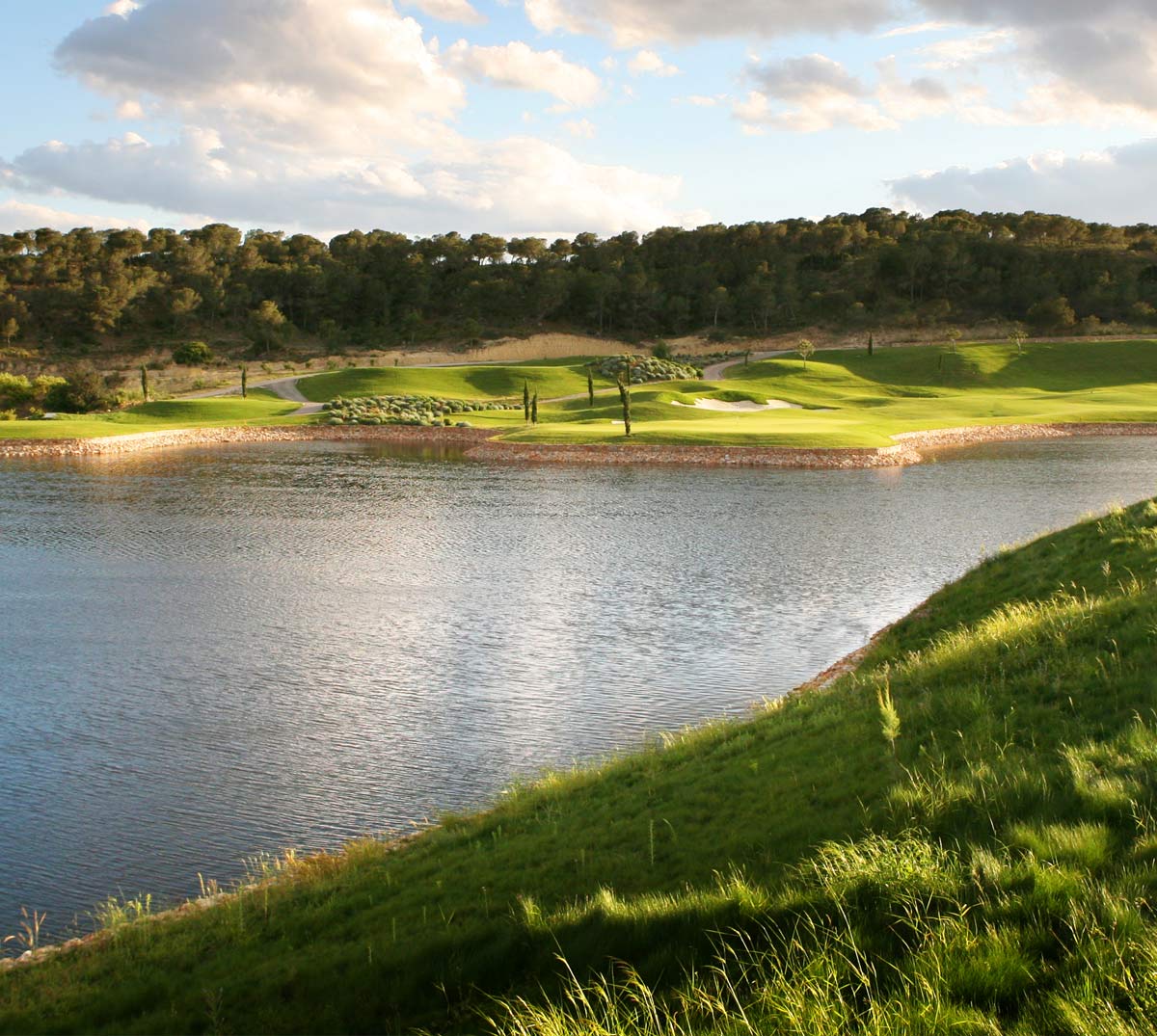 The Architect of Las Colinas

Designed by the renowned North American landscape architect, Cabell B. Robinson, the designer of internationally recognized golf courses such as La Reserva in Sotogrande, Finca Cortesín on the Costa del Sol, Praia d´El Rey in Portugal and Royal Golf d'Evian in France.

In Cabell's own words, "my ultimate target as a landscape architect is for the course to form an integral part of the existing landscape... A unique feature of this course is that it runs through a valley between hills high enough to give it privacy and isolate it from its surrounding area".

The renowned designer reveals some of his best-kept secrets and explains how he converted such a fascinating project as Las Colinas golf course into reality.

Why and how did you start designing golf courses?

I met Rees Jones, the youngest son of Robert Trent Jones, a well-known North American golf course designer, when I was studying landscape architecture at university. Rees invited me to work at his father's office one summer and that's when I fell in love with this profession. When I finished university, I began to work at his office in New Jersey.

How did you become involved with Las Colinas Golf & Country Club?

Through the North American company KMD (Kaplan McLaughlin Diaz), which I worked with on the presentation of three projects east of Malaga.They asked me if I might be interested in a project in Alicante: Las Colinas Golf & Country Club. I went to see it and came to an agreement with the developer —Gmp to work together. As it worked out, our collaboration has been very easy and very efficient.

In your opinion, the golf course which you designed in Las Colinas Golf & Country Club is different because of...

Without a doubt, Las Colinas Golf & Country Club is an exceptional project.The holes on the golf course in this splendid place run across the valley. A unique aspect of the project is that the valley and consequently, the golf course, runs between hills which are high enough to give it privacy and isolate it from its surroundings, which is not possible at other courses in the area.

The development as a whole is really "self-contained", visually independent from what is going on outside. This was what most impressed me about Las Colinas — and still does. To shape the course we have used the best American shapers which, following my instructions, have created a landscape totally adapted to the original land.

Moreover, unlike the usual landscape in the area —large, generally arid, plains- the special landscape of Las Colinas Golf & Country Club and the rich Mediterranean vegetation surrounding the course, give the development a beauty intrinsic to the spot that we have tried to preserve. Thus, the plants we have added to adorn the course are indigenous, because my ultimate goal as a landscape architect has been for the course to look like an integrated part of the existing landscape. For this reason alone, Las Colinas is a really exceptional development in the area.

Out of curiosity, just one last question... How long does it take to design and build a golf course?

Due to the complexity of current legislation, the first draft can take between two and three years to be approved, although once, for different reasons, it took thirty-three years. Once the first draft has been approved, I normally need three to four months to draw up the definitive project. It takes another year or year and a half to build the project.Then you have to remember that it takes between three and four months for the grass to grow.